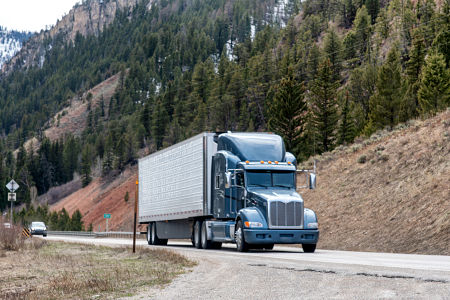 The current minimum coverage of $750,000 was established in 1980. Last year, Rep. Garcia introduced legislation that called for the minimum requirements to increase to $4.9 million, an increase of more than 550 percent. In 2020, Rep. Garcia added an amendment to the highway bill that would have increased the minimum to $2 million.

The proposed bill requires the U.S. Department of Transportation to adjust the minimum insurance requirement every five years to account for inflation relating to medical care.

The 2019 version of the Insurance Act was referred to the Subcommittee on Highways and Transit but never advanced.

The Owner-Operator Independent Drivers Association (OOIDA) said even an increase to $2 million could double insurance premiums for some truck operators.

“No question this would have devastating impacts on the small-business motor carriers,” Jay Grimes, OOIDA’s director of federal affairs told Land Line. “The insurance levels, the premiums would just skyrocket if any version of this legislation … were to get through Congress and get passed,” he added.

Rep. Garcia says the Insurance Act is about safety.

“Families should not be saddled with long term-financial debt after dealing with the devastating injury or loss of a loved one. Still, thousands of families suffer in silence, burdened with insurmountable medical care costs after falling victim to catastrophic crashes with trucks,” he said. “The Insurance Act will reduce these undue burdens by increasing the minimum insurance requirement for trucks, which has gone unchanged for over 40 years.”

The legislation is supported by the Truck Safety Coalition, Citizens for Reliable and Safe Highways (CRASH), Parents Against Tired Truckers (PATT), Institute for Safer Trucking, the American Association for Justice, and Road Safe America.

OOIDA says increasing the minimum insurance requirements would likely not increase highway safety and point to a 2014 study that concluded that “the vast majority of CMV-caused crashes have relatively small cost consequences, and the costs are easily covered with the limits of mandatory liability insurance.”

OOIDA says that research from the Volpe National Transportation Center determined that the current minimum insurance levels adequately cover damages in all but 0.6% of crashes. In addition, most trucking companies carry an additional $1 million in coverage on their own.

OOIDA’s Long said it will take support from truckers to defeat the legislation.

“We know this battle is winnable, but we can’t do it without a groundswell of support from truckers. If you’re not picking up the phone and calling your member of Congress to demand they oppose any increase, you’re handicapping our efforts. I’m not blowing smoke when I say it’s going to take every trucker with a stake in the game to stop this from happening. Get on the phone today,” he said.

The American Transportation Associations (ATA) issued a statement on the matter.

In 2014, the Federal Motor Carrier Safety Administration (FMCSA) proposed a rule change to increase mandatory minimums for insurance liability for trucking companies. One recommendation was to change the $750,000 minimum to $10 million. But in 2017, FMCSA backed off and decided to kill its own attempt to change the rules.