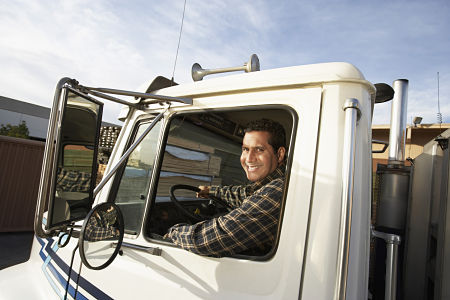 More than 100 companies and organizations are putting their weight behind proposed federal legislation that would allow truck drivers under 21 to transport loads across state lines.

The companies and organizations, including heavyweights like the American Trucking Associations, Truckload Carriers Association, FedEx, Home Depot, Nestle, UPS, Walmart, and the U.S. Chamber of Commerce, sent a letter of support to Congress in mid-April.

Legislation similar to this year’s Developing Responsible Individuals for a Vibrant Economy (DRIVE-Safe) Act was introduced in 2018 and 2019 but was never brought to a vote.

“This strongly bipartisan legislation, which garnered the support of more than one third of the House and Senate in the 116th Congress, will address the nation’s growing truck driver shortage by promoting opportunity and enhanced safety training for emerging members of the transportation workforce,” the coalition of companies and organizations wrote.

“The DRIVE Safe Act is not a path to allow every young person to drive across state lines, but it envisions creating a safety-centered process for identifying, training and empowering the safest, most responsible 18- to 20-year-olds to more fully participate in our industry,” said ATA President and Chief Executive Officer Chris Spear.

Currently, 49 states and the District of Columbia allow individuals under the age of 21 to obtain a commercial driver’s license and operate in intrastate commerce. These same individuals are prohibited from driving a truck across state lines until they turn 21.

Though the support for the legislation is widespread, it is not unanimous.

Overdrive Magazine polled its readers on the subject and 63 percent of respondents were against the expansion of 18–20-year-old drivers working across state lines.

Proponents of the legislation say stringent training requirements would address some of the concerns raised against the change in law.

Under the proposed legislation, younger drivers would have to complete an extensive safety and apprenticeship program before being trusted with interstate loads.

To qualify, younger drivers would have to complete at least 400 hours of on-duty time and 240 hours of driving time with an experienced driver in the cab with them. All trucks used for training in the program would have to be equipped with advanced safety technology; including active braking collision mitigation systems, video event capture and a speed governor set at 65 miles per hour or less. Only drivers who meet those benchmarks would be permitted to cross state lines.

According to a recent estimate listed by the coalition, the trucking industry needs an additional 60,800 truck drivers immediately—a deficit that is expected to grow to more than 160,000 by 2028. When anticipated driver retirement numbers are combined with the expected growth in capacity, the trucking industry will need to hire roughly 1.1 million new drivers over the next decade, or an average of nearly 110,000 per year, the coalition wrote.

Proponents of the legislation claim the changes would aid the industry in recruiting new drivers.

Mark S. Allen, president, and CEO of the International Food Distributors Association (IFDA) said the passage of the DRIVE-Safe Act would also spur the country’s economic recovery from the Covid-19 pandemic.

“The DRIVE-Safe Act comes at a time when the national economy is reeling from pandemic-related job losses,” said Allen. “At the same time, the pandemic highlighted how essential professional drivers are to our everyday life, increasing the demand for this specific kind of job. The DRIVE-Safe Act will hasten our economic recovery by providing an opportunity for new drivers to enter the workforce while reinforcing a culture of safety far and above current standards.”

The ATA’s Spear said the bill has support from both sides of the aisle.

“This bill has strong, bipartisan backing because it’s both common sense and pro-safety. It raises the bar for training standards and safety technology far above what is asked of the thousands of 18- to 20-year-old drivers who are already legally driving commercial vehicles in 49 states today,” he said. “The DRIVE Safe Act is not a path to allow every young person to drive across state lines, but it envisions creating a safety-centered process for identifying, training, and empowering the safest, most responsible 18- to 20-year-olds to more fully participate in our industry. It will create enormous opportunities for countless Americans seeking a high-paying profession without the debt burden that comes with a four-year degree.”