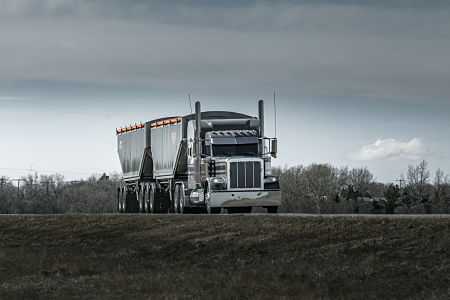 Higher prices to move goods across the country, coupled with a shortage of semi-conductors used in the production of new trucks is having a ripple effect across the U.S. economy.

Bed Bath & Beyond and General Mills, for example, are citing the rising price of freight on their recent earning calls.

Retailers across the nation have raised prices on goods from toilet paper to diapers to offset shortages and shipping costs. Cars, bikes, electronics, and even homes have become more expensive as the supply chain struggles to meet demand.

Lowe’s and Home Depot, for example, said they had to raise prices on lumber and other commodities, while retailer Haverty’s said it is raising prices on furniture.

“There’s no doubt commodity prices are on a tear right now … Those type products, copper and wire, lumber, and all stick goods, those are priced to market by virtually everyone in the marketplace. So, we don’t have a lot of anxiety around managing the commodity flows,” said Ted Decker, COO of Home Depot.

A recent report in the Wall Street Journal said a shortage of truck drivers and new trucks is expected to impact the economy at least through the end of the year. The Journal reported that U.S. freight demand rose 3.4 percent in March from February, as trucking costs increased 6.5 percent, according to Cass Information Systems.

Rising freight costs have been a problem since last year. At the time, trucking companies began offering huge wage increases to attract drivers to the industry. The lack of drivers has since been complicated by a semi-conductor shortage keeping new trucks from coming on the market, the Journal said.

“It’s just been this constant increase in the cost of purchased transportation at a rate that’s really something that we’ve never seen,” Bob Biesterfeld, chief executive of C.H. Robinson, told the Journal.

IHS Markit reports that supply chain disruptions are fueling price increases with commodities such as steel sheeting, semiconductors, and copper inventories at a 10-year low due to insufficient mining output in South America.

As a result, manufacturers’ average input prices have increased monthly since June 2020, and increased in January at the fastest pace since May 2011. The increases were attributed mainly to increased pricing power among suppliers, shipping surcharges, and personal protective equipment (PPE) costs, IHS Markit said in its February monthly global Purchasing Managers’ Index (PMI) report.

“We’re seeing significant increases in the cost of our import freight and moderate pressure on domestic freight,” Dollar Tree CFO Kevin Wampler told analysts. “We currently project $80 million to $100 million in additional costs in fiscal 2021 as a result of these market conditions.”

The jump was attributed to producer prices for steel, beef, veal, pork, dairy products and plastic resins and materials. Underpinning the rising prices of meat and dairy is the price of feed, particularly corn, which has risen sharply, according to a report in Food Business News.

“April’s numbers confirm what consumer packaged goods (CPG) companies already know: It’s costing significantly more to buy the raw ingredients and materials needed to make, package and deliver essential products to American consumers,” said Geoff Freeman, president, and chief executive officer of the Consumer Brands Association (CBA). “After more than a year of unrelenting consumer demand that has recently hit highs not seen since the beginning of the pandemic, the announcement from the BLS once again proved how unprecedented the cost environment is for CPG companies.”