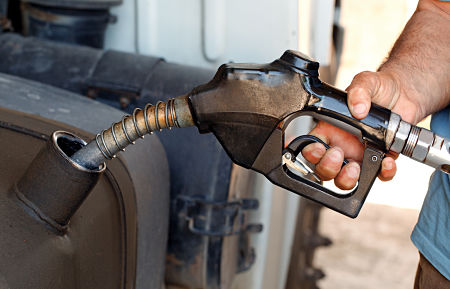 With more and more Americans returning to the open road this summer, gas prices have risen above $3 per gallon and in some cases, the shortage of truck drivers has delayed fuel deliveries, according to some industry analysts.

Patrick De Haan, head of petroleum analysis at GasBuddy, told CNBC that a shortage of drivers is causing delays at some stations.

“This is a labor challenge. There is no fuel shortage,” said De Haan. “The problem is getting that gasoline the last leg of its journey from a local terminal to the gas station, and we’re starting to see some of these delivery delays,” he said.

De Haan said the pandemic exacerbated the truck driver shortage. He said some trucking firms let drivers go when demand decreased, and those same firms are now struggling to put drivers in their trucks.

According to the National Tank Truck Carriers, the industry is short at least 50,000 drivers. Firms are offering higher salaries and bonuses to attract new drivers.

The Owner-Operator Independent Drivers Association (OOIDA) does not agree there is a driver shortage.

“The idea of a driver shortage is a myth that has been around for decades,” said Norita Taylor, director of public relations for the association. “The real problem is high turnover, particularly in the truckload or long-haul sector of the trucking industry.” Taylor says there is a tremendous amount of “churn” in long-haul trucking with a turnover rate of 90 to 100 percent.

Todd Spencer, president of the OOIDA, echoed those concerns.

“Safety is compromised when you are continuously recruiting and hiring brand new people,” he said. “The most important thing is safety. Have the drivers had real meaningful training and time on the road, actual experience? What are other people on the road likely to do that can cause an accident?”

Fuel prices averaged $3.11 per gallon going into the recent Fourth of July weekend. A year ago, prices had plummeted to $2.17 per gallon.

GasBuddy’s annual travel survey, conducted in May, found 74 percent of those planning to take a road trip will be taking at least two, further emphasizing the increased demand for gasoline.

Oil prices are likely to remain elevated, keeping gas prices above $3 per gallon for most of the summer. Labor Day is poised to feature $3+ prices as well, and should any hurricane disrupt supply chains, prices may rise even further.

“With the economic recovery from Covid continuing, gasoline demand has been very strong. Amidst lower oil production as oil companies struggle to raise output, gas prices have been higher this summer than in the past few years,” said De Haan. “However, once market forces begin to balance, I expect prices to moderate this fall and over time, oil production will again rise, helping bring gas prices down to earth as soon as this fall, but the road may remain bumpy until the pandemic is behind us.”

David Wilcox, a former Fed economist who is now a senior fellow at the Peterson Institute for International Economics in Washington, believes there is a real risk of continued inflation.

“I don’t expect the price of oil to be the last straw on the camel’s back, but it is another straw on a camel’s back that’s already carrying a fair amount of baggage,” Wilcox told the New York Times. “There is a much greater risk today of an inflationary psychology taking hold than I would have said three to five years ago.”

The Biden administration is closely watching gas prices and remains opposed to any increases in federal gas taxes to pay for additional infrastructure.

“Ensuring Americans don’t bear a burden at the pump continues to be a top priority for the administration writ large,” said Biden spokesperson Jen Psaki. “That is one of the core reasons why the president was opposed — vehemently opposed — to a gas tax and any tax on vehicle mileage because he felt that would fall on the backs of Americans. And that was a bottom-line red line for him.”