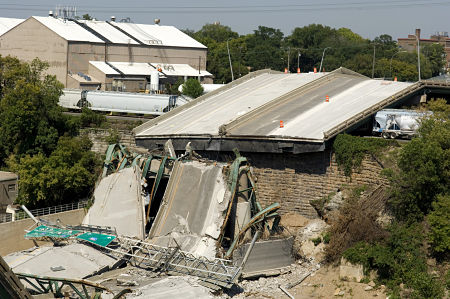 While Congress continues to debate a $1.2 trillion infrastructure bill, members of the trucking industry see the legislation as an opportunity to address the country’s crumbling infrastructure.

Chris Spear, president, and CEO of the American Trucking Associations (ATA) said the bill is critical for the American economy.

“It’s refreshing to see Congress do its job and address national problems facing businesses and families. Americans, and the hardworking men and women who carry this economy on trucks, have waited long enough for Washington to act on our decaying infrastructure. We cheer this bipartisan breakthrough and hope it helps elected officials find more areas where they can work together to actually get things done.”

Nearing a vote in the Senate at press time, the bill is still subject to negotiations, amendments, and reconciliation with the House. The proposed infrastructure bill would do the following:

About $550 billion of the proposed $1.2 trillion would be new federal spending. The remainder would be funded by various financing mechanisms, including more than $200 billion in leftover coronavirus monies.

The Senate version includes a vehicle-miles-traveled (VMT) pilot program that would look at a new funding formula for the Highway Trust Fund to address non-petroleum powered vehicles.

In total, the commitment to roads, bridges, and other major transportation projects is estimated at $110 billion.

According to Fleetowner.com, other items in the bill of interest to the trucking industry include:

AEB: The bill calls for all commercial vehicles to be equipped with automatic emergency braking (AEB) systems within two years. The 20 automakers that produce 99 percent of the new passenger vehicles in the U.S. agreed to make AEB standard by September 2022 based on a voluntary commitment brokered by Insurance Institute for Highway Safety and the National Highway Safety Administration during the Obama administration.

Workforce outreach: The proposed bill includes a few initiatives to grow the trucking workforce. From public service campaigns to “increase awareness of career opportunities in the transportation sector” to an apprenticeship program for drivers younger than 21 to work in interstate commerce, the bill addresses the growing truck driver shortage across the country.

The American Trucking Associations have supported previous legislation to explore expanding interstate trucking to drivers younger than 21 years old. However, the Owner-Operator Independent Drivers Association has contended that for road safety, age commercial driver age requirements should be higher, not lower.

Truck leasing task force: The Senate’s bill wants to create a task force to examine commercial truck leasing agreements. It would look at how the agreements affect vehicle maintenance frequency and safe operations, including driver compliance.

The Senate is nearing an agreement on the infrastructure bill. House leadership has indicated they will take up the House version after the Senate is finished with its work.

The nonpartisan Congressional Budget Office estimates that nearly half of the new spending, $256 billion, would be financed by adding to the nation’s debt from 2021 to 2031, contradicting claims by both Democratic and Republican proponents that the measure would pay for itself.