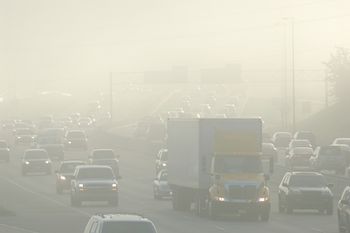 This proposed rule would ensure the heavy-duty vehicles and engines that drive American commerce and connect people across the country are as clean as possible while charting a path to advance zero-emission vehicles in the heavy-duty fleet.

“Seventy-two million people are estimated to live near truck freight routes in America, and they are more likely to be people of color and those with lower incomes. These overburdened communities are directly exposed to pollution that causes respiratory and cardiovascular problems, among other serious and costly health effects,” said EPA Administrator Michael S. Regan. “These new standards will drastically cut dangerous pollution by harnessing recent advancements in vehicle technologies from across the trucking industry as it advances toward a zero-emissions transportation future.”

ATA President and CEO Chris Spear said the association and industry would be closely reviewing the proposed emissions rules for heavy-duty trucks.

“We share the Biden Administration’s goals of reducing air pollution – as a longtime member of EPA SmartWay Transport Partnership – we have worked in harmony with environmental regulators to successfully reduce greenhouse gas and NOx emissions.

“We will be looking very closely at the proposal put forth today by the administration and working with them to shape an outcome that builds on those reductions, while not hurting the reliability of the trucks and trailers we purchase, nor imposing unreasonable or unworkable costs on our industry.”

Consistent with President Biden’s Executive Order, “Strengthening American Leadership in Clean Cars and Trucks,” the proposed action would reduce NOx emissions from trucks by as much as 60 percent in 2045. It would result in widespread air quality improvements across the United States, especially in areas already overburdened by air pollution and diesel emissions. The benefits of the proposed rule would exceed its costs by billions of dollars. EPA estimates that by 2045 the most ambitious option outlined in today’s proposal would result in the following annual benefits:

EPA’s goal is to deliver significant and needed public health benefits by designing a program that sets ambitious standards that are feasible for the trucking industry after considering cost and other factors, while supporting the American economy. To accomplish this, EPA has engaged with stakeholders and identified several options in the proposal that address the robustness of the standards, timing for phasing in the standards, options to incentivize early clean technology adoption, and improvements to emissions warranties. EPA is seeking input on these options and looking forward to continuing engagement through the public comment process.

“We want to ensure that the Biden Administration sets one, single national NOx emissions standard and that such standard can be achieved with workable, reliable technology – anything less than that will be extremely problematic for ATA and our members,” said Spear.

ATA is the largest national trade association for the trucking industry. Through a federation of 50 affiliated state trucking associations and industry-related conferences and councils, ATA is the voice of the industry America depends on most to move our nation’s freight.