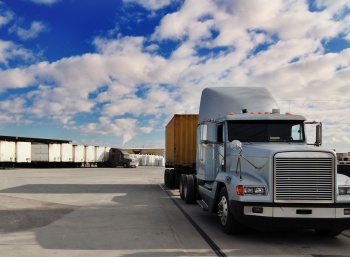 “Advanced uniform drug testing requirements for trucking companies will help cut costs, spur economic growth and improve safety on our roads,” said Boozman. “Hiring drivers who lead a drug-free lifestyle is good for the industry and other drivers who share the roads. It makes sense to have the most accurate drug tests available and the ability to share those results among the industry.”

A similar bill was introduced last year by Wisconsin Republican Reid Ribble but did not produce any new legislation.

If passed, the legislation would require positive test results from the hair testing be reported to a national database being developed by the Federal Motor Carrier Safety Administration (FMCSA).

Currently, only urine testing is recognized by HHS and is mandatory as a pre-employment test for truck driver applicants.

Proponents of the bill argue that many truck drivers are able to pass the urine test before being hired, and then later fail a hair test, and that this has prompted many companies to explore hair testing as a more reliable alternative.

The ACLU is expected to fight the additional drug-testing requirement. In the past, the ACLU has said drug tests obliterate the right to privacy for workers.

“Employers have the right to expect workers not to be high or drunk on the job,” the ACLU says on its website. “But they shouldn’t have the right to require employees to prove their innocence by taking a drug test. That’s not how America should work.”

The Trucking Alliance and the American Trucking Associations (ATA), two of the largest trucking groups, are advocates for allowing hair testing instead of urine testing. ATA researcher Abigail Potter said using a hair sample to test for drug use yields much higher positive tests. About 2.4 to 10.4 percent more driver applicants are screened out due to positive drug tests when using hair, she added.

J.B. Hunt, which uses hair testing to screen its drivers, said the method is more accurate, can detect drug use over a longer window of time and is more tamper-proof than urinalysis.

The problem has been that companies can’t report hair test results to others in the industry. That means that it’s entirely possible that the 3,221 drivers who failed J.B. Hunt’s drug tests since 2006 are on the road driving for somebody else.

Hair testing is much more difficult to tamper with to avoid a positive result than urine analysis, according to Schneider National’s Don Osterberg. The senior vice president of the Wisconsin carrier stated hair testing detects drug use over several months versus urine tests, which indicate drug use from the previous 24 to 48 hours.

In 2006, J.B. Hunt began using hair testing and the following year, Hunt’s senior vice president, Greer Woodruff, testified before Congress on its effectiveness. By 2011, FMCSA indicated the Arkansas-based carrier’s rate of positive urine tests had dropped 75 percent through using hair samples, according to the Transportation Research Board.

Gordon Trucking began testing urine and hair following a testing period using both methods from July to September 2011. Of the 170 drivers screened, hair testing detected 10 positive candidates that would have otherwise been hired, the Washington truckload carrier reported.