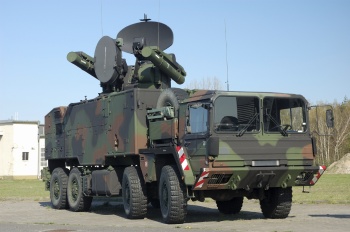 WASHINGTON, D.C. – Making the transition from military truck driver to the commercial ranks will be a bit easier if recommendations from the U.S. DOT’s Federal Motor Carrier Safety Administration (FMCSA) are adopted.

FMCSA’s recommendations are the result of a recently-released study mandated in the MAP-21 legislation that analyzed training, testing and licensing similarities and differences between military and civilian commercial driver’s license (CDL) requirements.

A number of federal and state regulatory changes were identified that would not adversely impact safety but would allow returning U.S. military personnel possessing extensive training and experience operating trucks, buses and other heavy equipment to more easily and conveniently receive a state-issued CDL.

“Our military men and women make tremendous sacrifices in service to our nation, and helping veterans transition to the civilian workforce when they come home is just one way to show our gratitude,” said U.S. Transportation Secretary Anthony Foxx. “This report builds on the work FMCSA has already accomplished on behalf of our veterans and outlines opportunities to help even more qualify for jobs based on the skills and training they receive in the armed forces.”

The opportunities outlined in the report require formal rulemaking action, which FMCSA will initiate this year. The proposed changes include:

“The demand for truck drivers will continue to rise in the coming years, so we are taking action to remove the obstacles that prevent military veterans from finding employment in the industry,” said FMCSA Administrator Anne S. Ferro. “The men and women who serve in uniform commit their lives to protecting our country — in many cases by operating heavy vehicles — and there are no better credentials for becoming a safe truck or bus driver.”

Ferro said FMCSA will continue to explore other ways to ease the transition from military occupations to jobs requiring CDLs, including waiving the requirements for pre-employment drug testing for recently discharged military personnel based on their recent participation in random drug testing programs run by the military.

This past summer, FMCSA announced almost $1 million in grants to six colleges to help increase enrollment in commercial motor vehicle training programs, making it easier for veterans and their spouses to obtain CDLs and find transportation jobs. These grants are in addition to similar funding awards made by FMCSA two years ago.

The agency also granted a petition from Virginia in May to allow their military bases to be certified as third-party testers of military personnel for CDL knowledge and skills tests. New Mexico and Wisconsin are preparing to follow suit.

Steve Williams, chief executive officer of Maverick USA, says the driver shortage facing the U.S. is a real one.

“The capacity shortage is very real,” says Williams, a former chairman of the American Trucking Associations. “But now I’ve got more business than I have drivers. The name of the game from here on out is recruiting, training and retention.”

“Fleets in all segments of trucking have told us they are having a more difficult time finding qualified drivers than they were a year ago,” Costello said. “As a result, more fleets are considering hiring drivers straight out of driver training programs and nearly three-quarters of those we surveyed plan to increase pay or have already done so.”