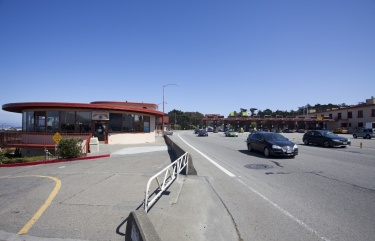 “During these times of under funding highway infrastructure, we cannot afford to have tolling authorities take the money users pay for maintenance and upkeep of the roadways and use it for recreational or other unrelated purposes,” said ATA President and CEO Bill Graves. “When truckers pay for access to the Thruway, tens of millions of dollars of their toll payments go to the steep costs of the Canal System, which they derive no benefit from.”

The Thruway Authority charges tolls for the use of several major arteries of interstate commerce, used by motor carriers to transport goods throughout the northeastern United States. Since 1992, the Thruway Authority has owned the state’s Canal System and as of 2012 had maintained and improved it to the tune of over $1.1 billion. In recent years, rising costs have reached over $100 million annually to maintain the tourism and recreational facilities.

“The Canal System generates plenty of economic activity for nearby towns, drawing hundreds of millions of tourism dollars to surrounding communities every year. But those who benefit from the canals pay a tiny fraction of their upkeep,” said Richard Pianka, chief counsel of the ATA Litigation Center. “This amounts to a serious burden on interstate commerce, and is prohibited by the Commerce Clause of the U.S. Constitution.”

“Truckers and motor carriers work hard to run their businesses efficiently and deliver the goods that are the lifeblood of the national economy at a reasonable price. Especially in these difficult economic times, they cannot also be expected to foot the bill for New York’s recreational facilities,” Pianka said. “Tempting as it may be, the Constitution doesn’t allow states to solve difficult internal revenue and spending problems by putting them on the back of interstate commerce.”

The Thruway Authority has had responsibility for the aging, 524-mile canal system since 1992 and spends an average of $80 to $90 million each year to operate it. The state Legislature and Gov. Mario Cuomo agreed to move the canal system off the state’s books and onto the Thruway’s.

New York Lawmakers have talked about spinning off the canal system from the Thruway, saying it is a burden on toll payers who use the Thruway.

Business groups last year beat back a proposed 45 percent toll increase on large trucks, which would have brought in an estimated $85 million annually —about the same as it costs to run the canals.

The state Comptroller’s Office estimated last year that that the canal system, which is now mainly used for recreational purposes, will need $436 million in operating and repair funding through 2016.

The lawsuit comes as the Thruway is dealing with its own financial uncertainty.

Two credit agencies recently downgraded the Thruway, raising concerns about how it will pay for a new Tappan Zee Bridge in the Hudson Valley. The bridge is expected to cost $3.9 billion and open in 2018.