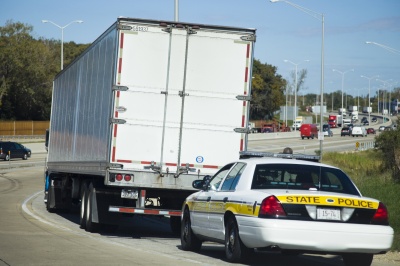 FMCSA began requiring CDL holders to identify if they conduct intrastate or interstate commerce and if they hold non-excepted or excepted status in 2012 and the two-year window for compliance is coming to an end.

Most truckers are classified under non-excepted interstate commerce and must furnish a current medical examiner’s certificate to state agencies.

Those who did not need a license renewal, upgrade or transfer during the two-year implementation process still must self-certify and provide the certificate, often called a DOT card, by the 2014 deadline.

State agencies who do not receive self-certification, medical certificates and any required variance from CDL-holders by the compliance deadline must notify drivers that they are no longer medically certified in non-excepted interstate commerce. State officials will remove all CDL privileges from their licenses.

The 2008 FMCSA rule required CDL holders subject to federal physical qualification to provide a medical certificate to state agencies. After several states reported they could not meet the original 2012 deadline, the FMCSA extended the paper copy requirement. Interstate CDL holders must keep paper copies of the certificate with them and carriers file a paper copy until Jan. 30, 2014.

Following the 2014 deadline, the medical paper certificates will be valid the first 15 days after issuance. After the 15-day limit, the certificate will be recorded on CDL holders driving records and will be considered the valid medical certification.

CDL holders must determine what type of commerce they operate in. They must certify to their state driver license agency which of the following applies to them:

The new medical card requirements come on the heels of changes to the Hours-of-Service (HOS) rules that went into effect on July 1, 2013.

The changes to the HOS rules include provisions which limit use of the 34-hour restart and require a rest break before driving after 8 hours on-duty.

A recent study by the American Transportation Research Institute (ATRI) analyzed the operational and economic impacts of the new HOS rules.

Among the operational and economic impacts identified by ATRI are:

“We anticipated significant impacts on our operations and across the entire supply chain from the new rules and our experience since July 1st is bearing that out,” said Kevin Burch, president of Jet Express. “ATRI’s analysis clearly documents the productivity impacts and real financial costs being borne by carriers and drivers. It’s only a matter of time before these impacts ripple throughout the nation’s economy.”

Medical providers can obtain NRCME Training and certification at this link https://nrcmetrainingonline.com/.