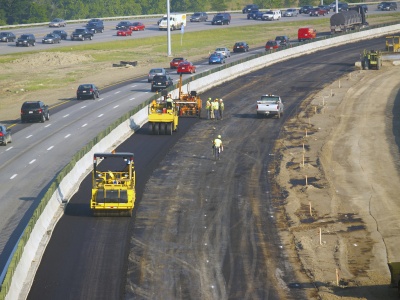 With reauthorization of the federal transportation bill looming in 2014, transportation industry leaders are priming the pump for increases in federal funding formulas.

Rep. Earl Blumenauer (D-Ore.) recently introduced H.R. 3636, which would raise the federal fuel tax by 15 cents. Blumenauer’s bill is consistent with recommendations made by the Simpson-Bowles National Commission on Fiscal Responsibility and Reform and would index the tax to inflation to ensure the fuel tax remains a sustainable source of revenue.

“American Trucking Associations is very pleased to support Congressman Blumenauer’s proposal to increase and index the federal fuel tax,” said ATA President and CEO Bil Graves. “Underinvestment in highways is an enormous burden on the trucking industry, raising the cost of moving freight and undermining the reliability of a logistics system that is critical to our nation’s competitiveness.  The additional investment in highway projects made possible by this new revenue will significantly improve the safety, reliability and efficiency of the trucking industry, to the benefit of all Americans.”

The drumbeat for higher fuel taxes has been getting louder. At the Infrastructure for the Future conference held Nov. 21 in Washington, D.C., Sen. Barbara Boxer said the Highway Trust Fund will likely dry up by 2015. The conference was sponsored by the American Highway Users Alliance and the Volvo Group.

Boxer and others argue that investing in infrastructure would serve a dual purpose: create long-term stability for roads and bridges and speed economic growth and recovery in the U.S.

ATA’s Graves said an increase to the fuel tax is the most viable alternative but faces an uphill battle with lawmakers who are resisting a long-term funding solution to the growing transportation shortfall.

Rep. John Delaney (D-Md.) said he would like to see a 50-year infrastructure revolving loan plan that would produce $750 billion in infrastructure spending. It would be funded by large corporations buying low-interest bonds in return for tax breaks on overseas earnings.

Mary Phillips, ATA’s senior vice president of legislative affairs, says the industry needs to speak with a clear voice. “Our support for raising the fuel tax should clearly demonstrate just how critical good roads are for moving freight, commuters, vacationers and shoppers,” she said. “If the users tell Congress ‘we support paying more to support our roads,’ we hope Congress will listen.”

“People in Washington are afraid to make these kinds of investments,” he added.

The National Retail Federation (NRF) also weighed in on transportation infrastructure, asking for increased investment because an inefficient transportation system drives up the costs of delivering goods across the country.

“Safe and efficient transportation and infrastructure is critical for the supply chain. Infrastructure investments must keep up with the expected demand for freight movement and consumer demand,” said NRF President and CEO Matthew Shay.

Shay said more than 420 million packages will be shipped this holiday season and America’s transportation system is struggling to keep up with a growing demand.

NRF’s new “Ship the Box” video is a behind-the-scenes look at the roads, railways, bridges and other transportation networks that bring time-sensitive holiday shipments from warehouse to doorstep.

Shay cited a recent report by the American Society of Civil Engineers (ASCE) that says the U.S. transportation system is failing. Shay said the circumstance is especially troubling when looking at the nation’s multi-modal infrastructure – where roads, rail and ports come together as part of a supply chain that moves America’s goods.

“Forty-two percent of America’s major urban highways remain congested, costing the economy an estimated $101 billion in wasted time and fuel annually. While the conditions have improved in the near term, and federal, state, and local capital investments increased to $91 billion annually, that level of investment is insufficient and still projected to result in a decline in conditions and performance in the long term. Currently, the Federal Highway Administration estimates that $170 billion in capital investment would be needed on an annual basis to significantly improve conditions and performance,” the ASCE report states.